4 situations where you should not sell your condo by assignment

This is part 3 of a 3-part series on condo assignments. In this episode, Toronto Realtor Andrew la Fleur shares the 4 most common situations he encounters with condo investors where he does not recommend selling by assignment. Make sure you are not in one of these categories if you are thinking of selling!

Links to the other parts of this podcast series:

PART ONE: 8 Things Your Realtor Probably Didn’t Tell You About Condo Assignments

PART TWO: 4 Situations Where It Makes Sense To Sell Your Condo By Assignment

1:13 Don’t sell your condo by assignment just to avoid paying taxes.
4:00 If you don’t need the money or you’re not facing an economic hardship.
4:50 if you’re not getting full market value.
5:43 if you have a highly rentable property that’s going to yield a positive cash flow.

CRA Cracking Down on Assignments: https://truecondos.com/cra-cracking-down-on-assignments/

Andrew la Fleur: On today’s episode, we’re looking at four situations where it does not make sense for you to sell your condo by assignment. Stay tuned.

Announcer: Welcome to the True Condos podcast, with Andrew la Fleur, the planks to get the truth on the Toronto condo market, and condo investing in Toronto.

Andrew la Fleur: Welcome back. And this is part three of our mini podcast series on assignments. So, in the first episode, if you haven’t listened to the first two, make sure you go back and listen to the first two before jumping into this one.

The first episode was about, eight things your realtor Probably didn’t tell you about assignments. And the second episode, second part, was about four situations where it does make sense for you to sell your condo by assignment. And number, three, this is part three, we’re gonna be talking about four situations where it does not make sense, where you should not be looking to sell your condo by assignment. If you’re in one of these four categories, my advice to you is, don’t do it, don’t sell by assignment.

Number one situation where you should not sell your condo by assignment is, if you are doing it because you want to avoid paying taxes. Now this may go without saying, but you should pay your taxes, you should follow the law, you should be a law-abiding tax paying citizen of Canada. If you’re not a citizen of Canada, then a tax paying person who invests in Canada. Whatever you wanna call it.

But believe it or not, yeah, a lot of people still are thinking about selling by assignment, because they think it’s a way to avoid paying taxes. They think that this is off the books, this is a paper transaction where you’ve signed a contract to buy something, and you’re just flipping that contract to another buyer who’s gonna give you money for that. And some people, believe it or not, think that they can just not tell the CRA that they did that, and they will not be having to pay any taxes on that profit.

That is a very unwise strategy. Perhaps some people have gotten away with that in the past, perhaps a lot of people have gotten away with it in the past. Maybe you have, maybe you’ve had from people who have, but I highly would not recommend that strategy. Ethical questions aside, it’s just practically speaking, a dumb move. The CRA, I guess we talked about it in the earlier episode, is really cracking down on assignments. They’re essentially going to builders, and they’re saying, “Give us the list.” If you haven’t heard, you need to know this. They are saying to builders, “Give us the list of everyone who purchased in your building.” And they’re comparing what it says on the builders’ contracts, original contracts for each unit, with who is actually on the Land Registry System as the legal owner of the property.

If the name on the contract is different from the legal owner, they’re investigating each one of those units, to find out what happened. Was there an assignment at took place that was not reported? And they are gonna come after you hard with the full extent of the law. It’s not just the money that you didn’t pay that you’re gonna be paying, you could also be looking at paying massive penalties. I’m not a lawyer, I’m not an accountant, in not a CRA representative, but I’m thinking potentially, they could make a case for fraud and perhaps criminal charges as well, I don’t know. But, these are the kind of things that you don’t want to ever think about, or have to worry about as a condo investor. So, definitely don’t get into assignments if you’re doing it because you wanna avoid paying taxes.

Number two situation where you should not sell your condo by assignment. If you don’t need the money right now, or you’re not facing an economic hardship. So, if you don’t need the money, then leave it. Close on the property, rent it out, preferably hold it for the long term as a rental, but at least hold it for a minimum of one year, so you can recover your HST money. But if you don’t need that money right away, if you’re not in a financially difficult situation, if you’re able to get a mortgage and everything, then do it. Close on the property, and do not look at selling your condo by assignment. Because again, you’re not gonna get full value, you’re gonna have all kinds of tax implications and it’s just gonna make your life a lot more difficult in most situations. Not all, but in most.

Number three situation where it doesn’t make sense for you to sell your condo by assignment is, if you’re not getting full market value. So, again, it’s very difficult to get full market value. Most buyers of assignments are looking for significant discounts from market value. So, if you’re not able to get that full market value, then just wait it out. Wait till you can get it. Wait till the building is finished, is settled. At least one year after the building, you’re gonna recover your HST money back with that. You’re also gonna give the chance for the building to settle, and establish itself in the market place for all the amenities to be finished. Literally for all the dust to settle in the building. It’s good to wait at least that first year. But ideally, again, hold it for the long term.

And number four situation where it doesn’t make sense for you to sell your condo by assignment is, if you have what I call a highly rentable property that’s going to yield a positive cash flow. This always shocks me when people some to me, and they say, “Look I wanna sell this property.” And I say, “Okay, well what is the property? Where did you buy it? Do you need the money right now?” “No.” “Are you able to get full market value?” “No.” “Do you wanna pay a high tax rate?” “No.” “What did you pay for the property? Significantly less that the market value is right now?” “Yeah.” “Okay, so you made money there. Is the property going to be a cash flow positive property?” “Yes.” “Is it in a very rentable building in a rentable area?” “Yes.”

Well, why would you sell this thing? You have what everybody wants, what everybody’s looking for out there in the market place, you have it. You made a great decision three, four years ago, when you signed for this condo, why would you get rid of it now? You’re sort of negating the great decision that you made in the past. You’ve waited this long, in most cased you’ve waited three, four years, and now the property is finally about to come to fruition. It’s gone up tremendously in value, it’s going to be giving you positive cash flow every single month, this is the thing that you’ve been waiting for. This is the thing that you signed up for, why would you wanna get rid of it now? Doesn’t make any sense.

I think just we have sometimes a mentality of number of things, but fear of closing, don’t wanna get a mortgage, don’t wanna pay closing cost, it’s all these ancillary things that are separate from the fundamental issue of, do you have a good asset or not? So, if you have a great asset, hold on to that asset, that’s a basic principle. If it’s good right now, it’s gonna continue to get better over time. It’s gonna continue to pay you, and be a benefit to you, and grow your net worth over time. So, hold on to that thing, don’t get rid of it. Especially if you’ve got something that’s giving you positive cash flow.

Okay, there you have it, there are the four situations where it doesn’t make sense, where you shouldn’t sell your condo buy assignment. So, if you’re in one of those categories, again, my advice is don’t sell by assignment. There are situations where it does make sense, it may make sense for you to sell by assignment, and that is covered in the previous episode, so listen to that one. And again, go back and listen to episode one if you haven’t done that as well.

I hope you enjoyed this little three-part miniseries on assignments. Go ahead and share this episode, share this series with someone that you know who could benefit from it, I’d really appreciate that. Leave me a review on iTunes of you don’t mind. Make sure you subscribe, truecondos.com, make sure you’re getting my weekly email updates on the condo market, and investment opportunities for condo investors in Toronto. Until next time, I hope you have a great week. We will talk to you soon.

Announcer: Thanks for listening to the True Condos podcast. Remember, your positive reviews make a big difference to the show. To learn more about condo investing, become a True Condos subscriber by visiting truecondos.com. 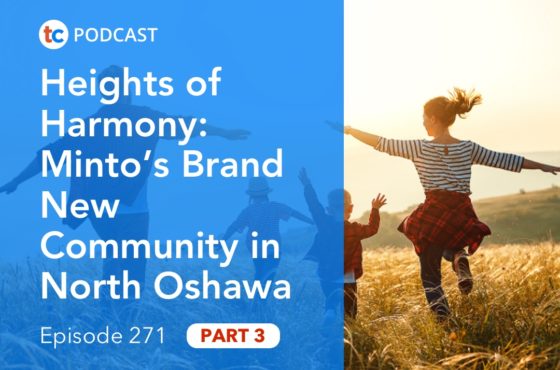 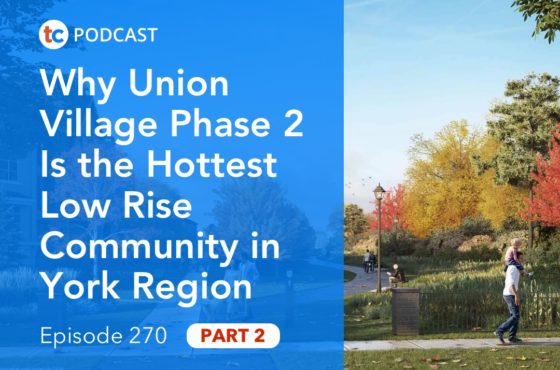 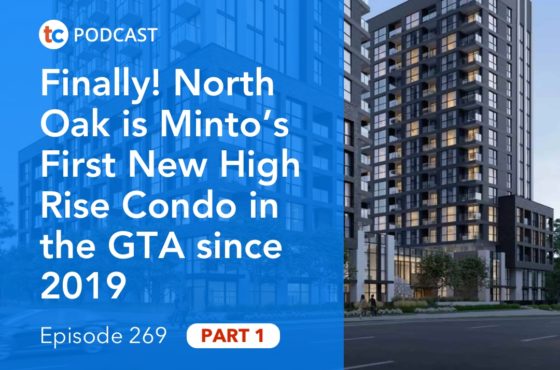